Over the past week, the New York Stock Exchange has been trending, and it’s all because of company called GameStop and Reddit. GameStop is a brick and mortar American company that sells games, consoles, and other electronics. It’s not something new. In fact, when the pandemic hit last year, it wasn’t doing well and was going downhill.

GameStop was on the brink of closing down. With the pandemic going on, fewer people go out to shop and most games were already being sold online. This was not so great for the company.

Stock traders often bet on which companies won’t do well in the future. They usually borrow shares in those companies and sell them, with a promise and an obligation to buy them back at a later date. If you’re certain that the company is indeed going downhill, you’d make a profit when you buy those shares back if the price has fallen.

GameStop was one of the companies that many hedge funds have bet on to lose value, but then, huge numbers of people from r/wallstreetbets bought shares in the said company. The demand raised the share price dramatically, and everyone who had banked on it dropping in value had to buy their shares back before suffering even further damage. This caused a lot of hedge funds to lose a lot of money.

For a lot of people, it was just supposed to be for laughs – an excitement, something just to pass the time, an experiment of sorts to see the power of the internet communities.

For many, the aim was to make stockbrokers and hedge funds lose money. Redditers said it was payback, the time for revenge against the big money companies who caused the financial crash in 2008.

Some even said they have donated their earning to some charities.

For some, it was an opportunity to make memes. To make the long story short, we compiled ten trending posts in this subreddit:

Someone Bought a Billboard in New York

“This is the hype we need for next week! WE LIKE THE STOCK!”, says one redditor. 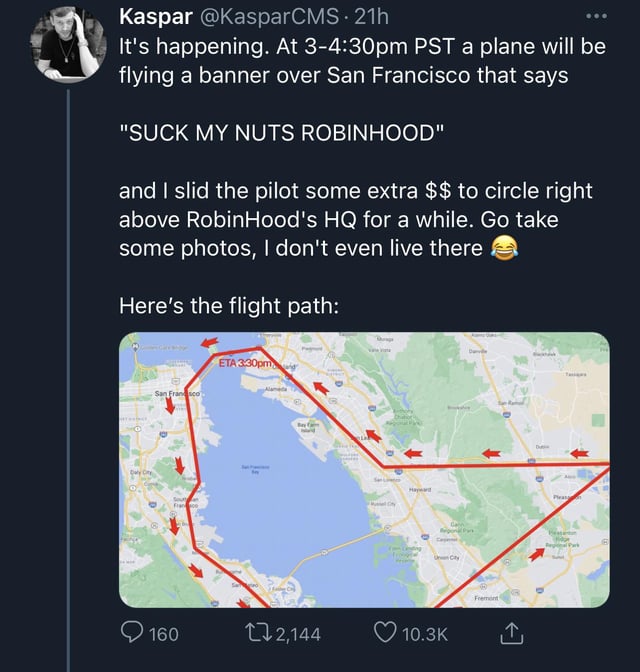 Good Morning to Everyone Except Robinhood

The plane was documented, and it was epic. “The meme generation finally has money to burn.”

One Redditor Donated $5000 to a Children’s Hospital

A lot of people said it was time to give back the money to those who needed it. 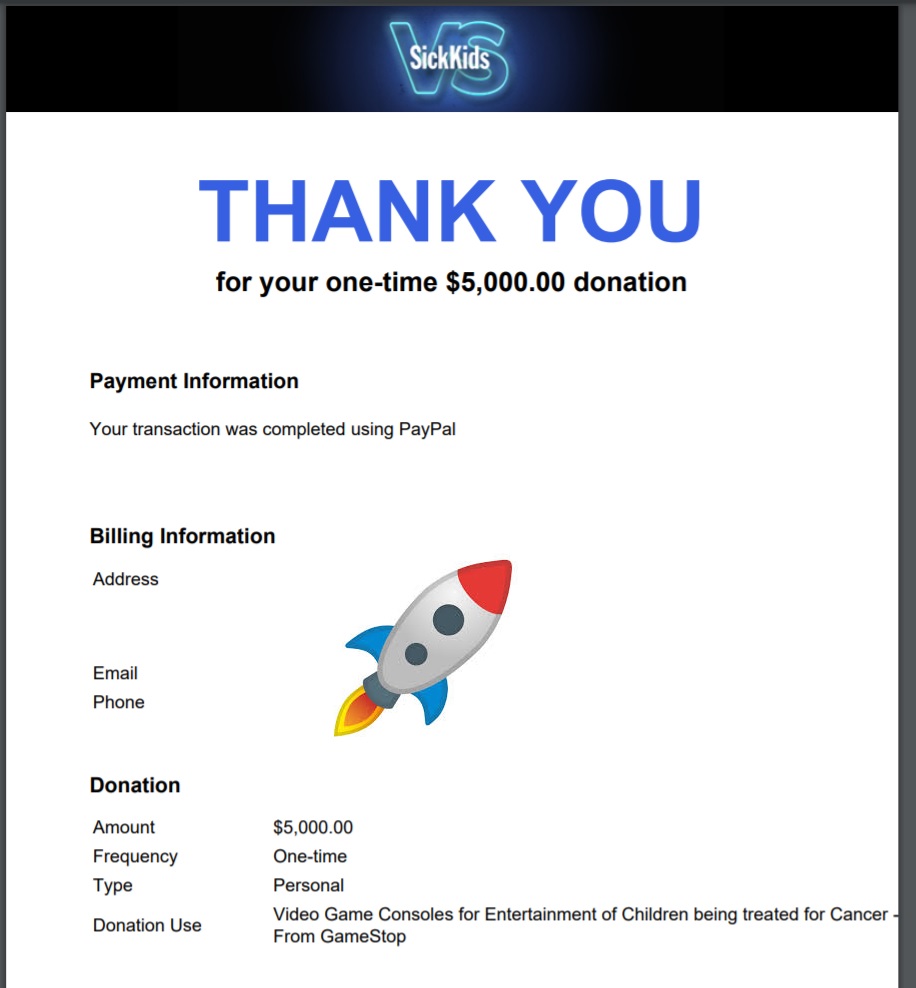 Everybody’s holding their share and urging everyone else to refuse to sell theirs.

Tim Dillon Joining in the Fight 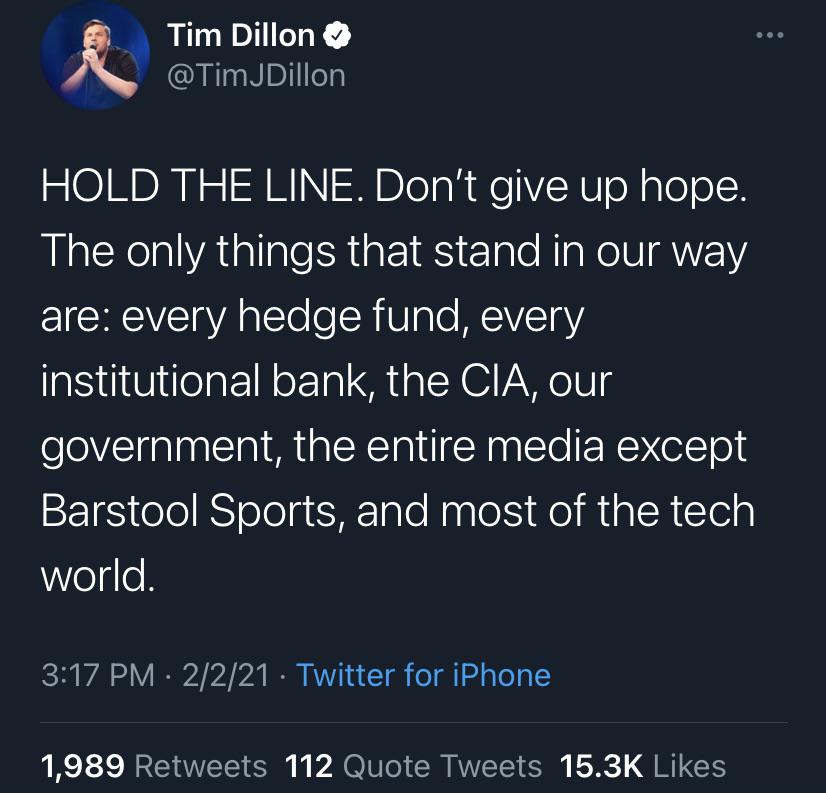 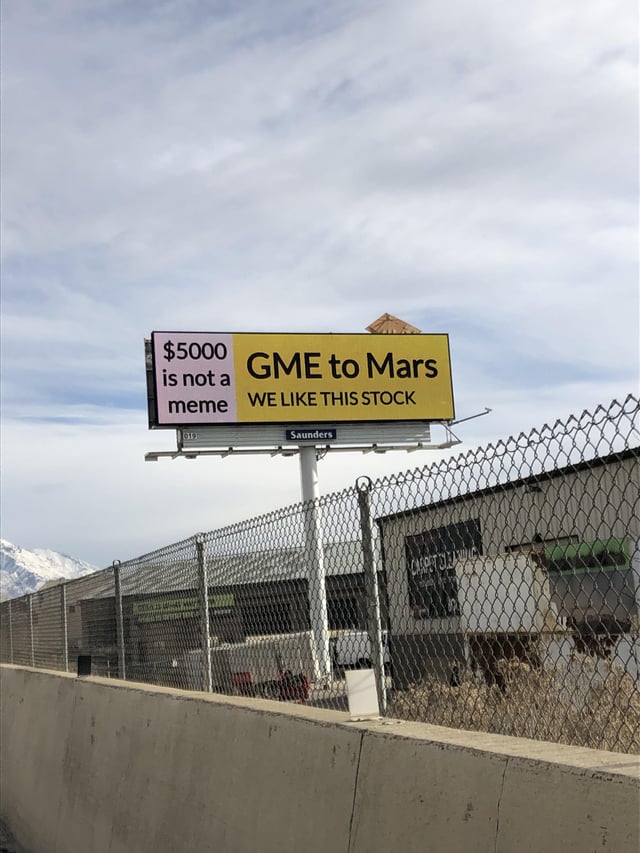 The memes are unstoppable

We’re all in this together

At this point, it’s really all or nothing 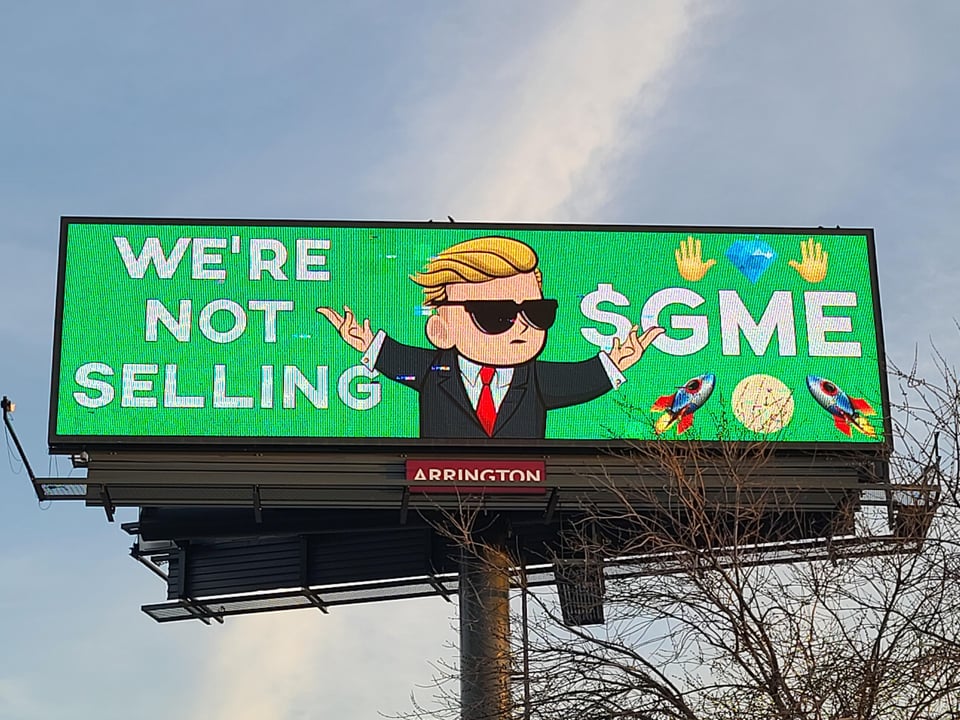 Get the latest deals, promotions, and events sent directly to YOU.

Previous Next
Close
Test Caption
Test Description goes like this